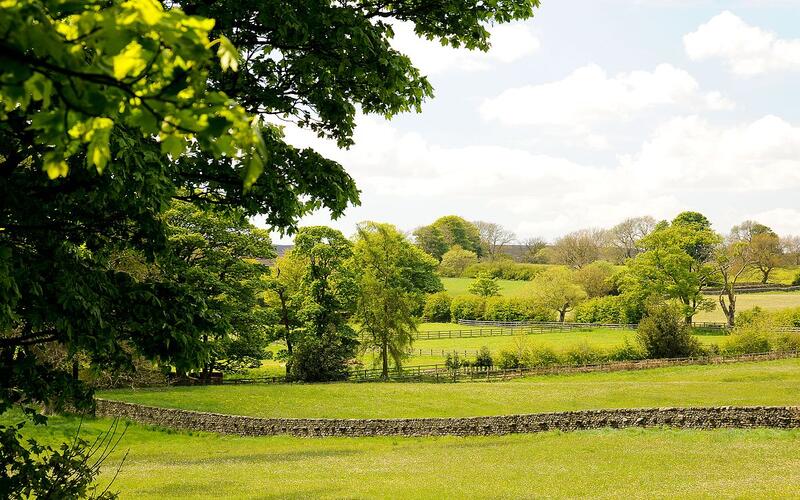 Picture a herd of cows grazing underneath 80-year-old apple trees, cicadas calling in an olive grove and farmers cultivating their ancestors’ land. Such images are disappearing rapidly from the landscape in Europe and all over the world.

As the name suggests, High Nature Value (HNV) farmlands are rich in natural and semi-natural vegetation that supports many species and habitats. At the same time, they provide food and other ecosystem services to society. These services include pollination, prevention of soil loss, and providing cultural benefits such as a spiritual connection or space for recreation. HNV farmlands exist mostly on marginal lands and in the mountains. They support four kinds of farming: raising sheep or beef cattle on grassland, moorland, or in forested areas; growing crops with low yields in drylands; permanent products such as olives, fruits, or vines; and small-scale mixed farming systems that are often managed by part-time farmers.

Surprisingly, as much as 30 percent of all agricultural land in the European Union is considered to be of High Nature Value. However, these lands are under immense pressure. They are located in remote areas, are vulnerable to climate change, and their profitability is declining because of social and economic factors. These factors include globalization, poor rural infrastructure, aging farmers, and a failure to pay farmers for the ecosystem services the land provides to society. HNV farmlands are in danger of either being abandoned or converted into more intensive agriculture, which uses chemicals for fertilizer and pest control to increase yields.

Because both abandonment and intensification lead to a collapse of traditional farming systems, a recent study published in Frontiers in Ecology and the Environment looked at three alternative future scenarios that maintain High Nature Value farmlands in Europe. The scenarios tested were “business as usual”, “museum landscapes”, and “viable HNV farmlands”. In the “business as usual scenario”, HNV farmlands were maintained through financial support from political instruments like the European Union’s Common Agricultural Policy. While this allows them to persist, they still lack socioeconomic viability. In the “museum landscapes”, small patches of original farms were preserved for educational purposes but were no longer part of a functioning farm operation or rural community. The last scenario is a transition to viable HNV farmlands. In this case, farmers maintained the level of agricultural management intensity while the social structures and economic feasibility of the underlying farming systems were ensured.

The authors recommended this final scenario because of its potential to contribute to a more sustainable and resilient European countryside. However, to make the transition to viable HNV farmlands possible, society has to commit to several transformations. First, rural infrastructure in terms of health, education, culture, and internet has to be improved. Second, HNV farmers and rural communities have to be empowered through social innovations that increase cooperation and networking opportunities among farmers, researchers, and governments. Third, economic diversification needs to be promoted. This could take the form of farm shops or ecotourism, for example. At the same time, society has to increase its demand for products from HNV farmlands. This can be done by increasing the motivation to purchase food products through HNV-specific value chains and by paying for ecosystem services directly.

These proposed changes require a shift in the types of farming society values. They show a long road ahead towards viable High Nature Value farming systems. But if we follow the roadmap this study suggests and commit to the necessary societal transformations, this can be a hopeful path forward to preserve the natural and cultural heritage of traditional farming systems in Europe and other regions of the world.