The Clean Water Act Flows in a New Direction, Leaving Wetlands Protection Largely to the States 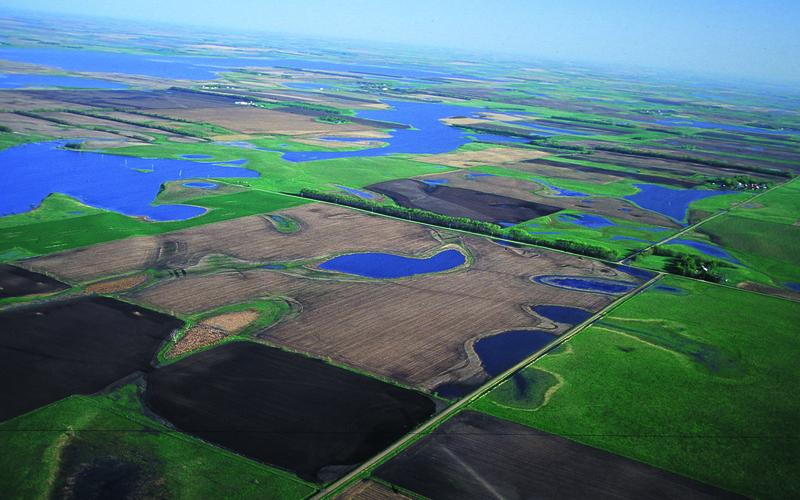 In February 2019, the Trump Administration proposed a new rule that will dramatically reduce Clean Water Act (CWA) coverage for wetlands across the country. This new regulation will replace the Obama-era “Clean Water Rule,” which was more protective but highly divisive.

The CWA is the major federal law that protects our nation’s waters. This protection works in two ways. First, the Act shields waters from pollution. Second, the Act safeguards waters from being filled to create dry land for new uses like farming or urban development. To pollute or fill major waters, one must secure a federal permit. Otherwise, that activity is illegal.

The CWA does not protect all waters, however.

Under the Act, only “waters of the United States” are protected—but, Congress did not give any clarity as to what that term means. As a result, the task of defining “waters of the United States” was left to the Environmental Protection Agency (EPA) and the Army Corps of Engineers (the Corps). The two Agencies first defined the ambiguous term in 1977 and have revised its definition several times since, broadening and narrowing the CWA’s reach, often along political lines.

Historically, major waterbodies have always fallen under the CWA’s protections. These waterbodies might touch multiple states or be used for shipping goods. Some examples include the Pacific Ocean, the Chesapeake Bay, Lake Michigan, and the Mississippi River. Federal protection for these waters is long standing and relatively uncontroversial. In contrast, CWA protections have expanded and shrunk over time for seasonal waters, intermittent streams, and wetlands.

In 2015, EPA and the Corps wrote the Clean Water Rule to redefine “waters of the United States,” expanding CWA coverage across the country—especially for wetlands. Under the old definition of “waters of the United States,” wetlands were only protected by the CWA if they crossed state boundaries or neighbored a major waterbody. For example, wetlands next to Lake Michigan would have been protected. However, wetlands half a mile away may not have been covered. Under the Clean Water Rule, this changed.

The Clean Water Rule extended protections to wetlands that significantly impacted major waterbodies. If wetlands affected the biological, physical, or chemical characteristics of major waters, those wetlands were federally protected. Also, wetlands could be considered together to determine whether they significantly impacted other waters. While one wetland alone might not make a big difference, a group of them might. The whole group, then, could be protected by the CWA.

In 2017, President Trump signed an executive order telling EPA and the Corps to terminate the Clean Water Rule and write a new rule to replace it. Early in 2019, the Agencies complied and officially proposed a new definition of “waters of the United States.” This new definition significantly reduced the scope of waters protected by the CWA—especially concerning wetlands. Now, wetlands will once again only be protected if they directly touch a major waterbody.

The effects of this new rule will be widespread. One area that will particularly suffer is the Prairie Pothole Region, which exists largely along the U.S.-Canada border and extends from Alberta down into Iowa. These wetlands are a network of water-filled depressions that look like potholes in the landscape. The prairie potholes are a high-quality habitat for birds, and Ducks Unlimited has referred to the region as “the most important and threatened waterfowl habitat in North America.”

Under the Clean Water Rule, prairie potholes used to qualify for CWA protection if they significantly affected other major waters. However, most prairie potholes do not touch other waters, and will be left unprotected under the government’s new regulation. These wetlands will instead be vulnerable to destruction, resulting in the loss of valuable benefits they provided to the environment and society.

A new study published in Rangelands by a researcher at South Dakota State University shows what we stand to lose under the new definition of “waters of the United States.” The study found that wetlands provide significant benefits to the environment. For example, wetlands provide habitat for plants and animals. The prairie potholes also store carbon, keeping it out of the atmosphere and mitigating climate change. Not only do these benefits help the environment—they also help people. The study suggested that prairie potholes lower the costs of livestock production and improve the livelihoods of ranchers in the region. Wetlands also allow water to soak into the soil, replenishing aquifers that supply drinking water. According to the study, all these benefits are lost when wetlands are drained.

Unsurprisingly, these ecological and societal benefits have major economic consequences. But while the benefits of wetlands are undeniable, determining their economic value can be quite challenging. A recent study by a researcher from the Maryland Department of Natural Resources, published in Ecosystem Services, calculated the economic benefits that wetlands provide in the state of Maryland, finding billions of dollars in value.

To determine the economic value of wetlands, the study looked at how much money people spend to secure the benefits that wetlands typically provide. One example is pollution reduction; wetlands can trap and filter polluted water that runs across the landscape before it reaches lakes and rivers. This same benefit can be achieved by building a “bioswale”—a depression in the land filled with plants that captures and filters water. According to the study, bioswales cost $0.62 for every cubic meter of water they have the capacity to treat. This price can be used to calculate the value of wetlands, which provide the same service.

In addition, the researcher looked at how much money people spend to protect existing wetlands. For example, Ducks Unlimited buys land to protect habitat for birds, and spends an average of $3,084 for each hectare of land it conserves. This cost also helps reveal the economic value of wetlands.

Overall, the study analyzed 56 examples of payments targeting benefits that wetlands provide. The results suggested that wetlands in Maryland are valued at $5.82 billion. Many of these beneficial wetlands will lose protection under the new CWA rule. At least 34,000 acres of wetlands on Maryland’s Delmarva Peninsula will lose federal protection.

While the outlook for wetlands may seem grim, hope springs from state laws. States like Maryland can always implement water protection laws that fill in the gaps left by the CWA. In fact, supporters of the new “waters of the United States” rule emphasize that the CWA was always meant to carefully balance federal and state regulation. One of the CWA’s stated purposes is “to recognize, preserve, and protect the primary responsibilities and rights of States.” Therefore, some argue, the new rule is more faithful to the CWA’s goals because it respects states’ authority over their own waters.

According to predictions from the federal government, 29 states might strengthen their laws in response to the new CWA rule. In fact, California has already stepped up to the plate. In March 2019—just one month after the change in federal regulation—the California Water Resources Control Board voted to implement stronger protections for wetlands. Based on the administration’s predictions, other states to follow suit may include New York, Michigan, Florida, Oregon, and others.

More than 40 years after Congress passed the CWA, the extent of the Act’s protection remains muddied. The Obama-era Clean Water Rule has spent years tied up in courts, and the Trump Administration’s new rule will likely suffer the same fate. Amidst all this turbulence, state regulation may offer the greatest clarity—and the greatest protections—for our nation’s valuable wetlands. 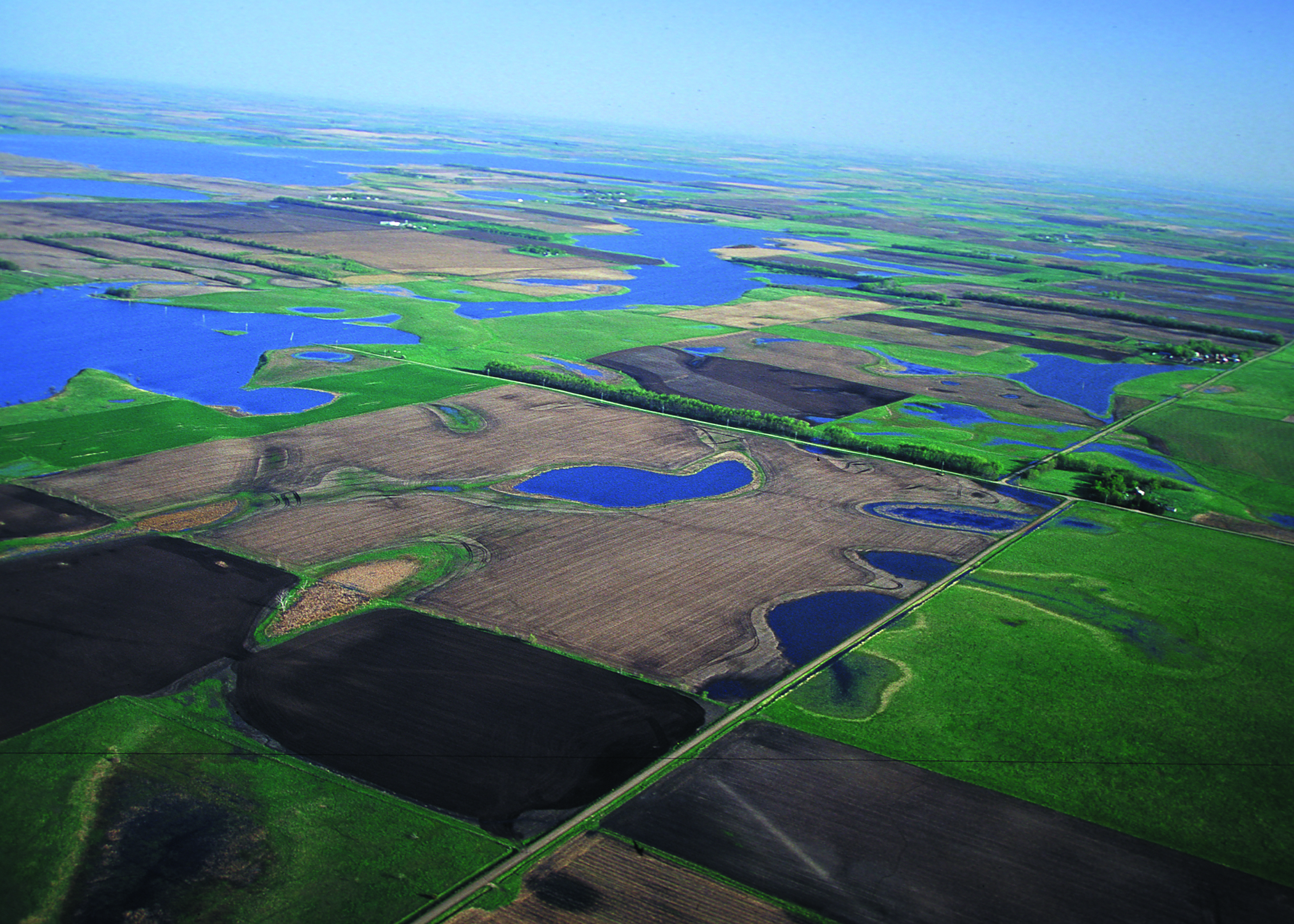 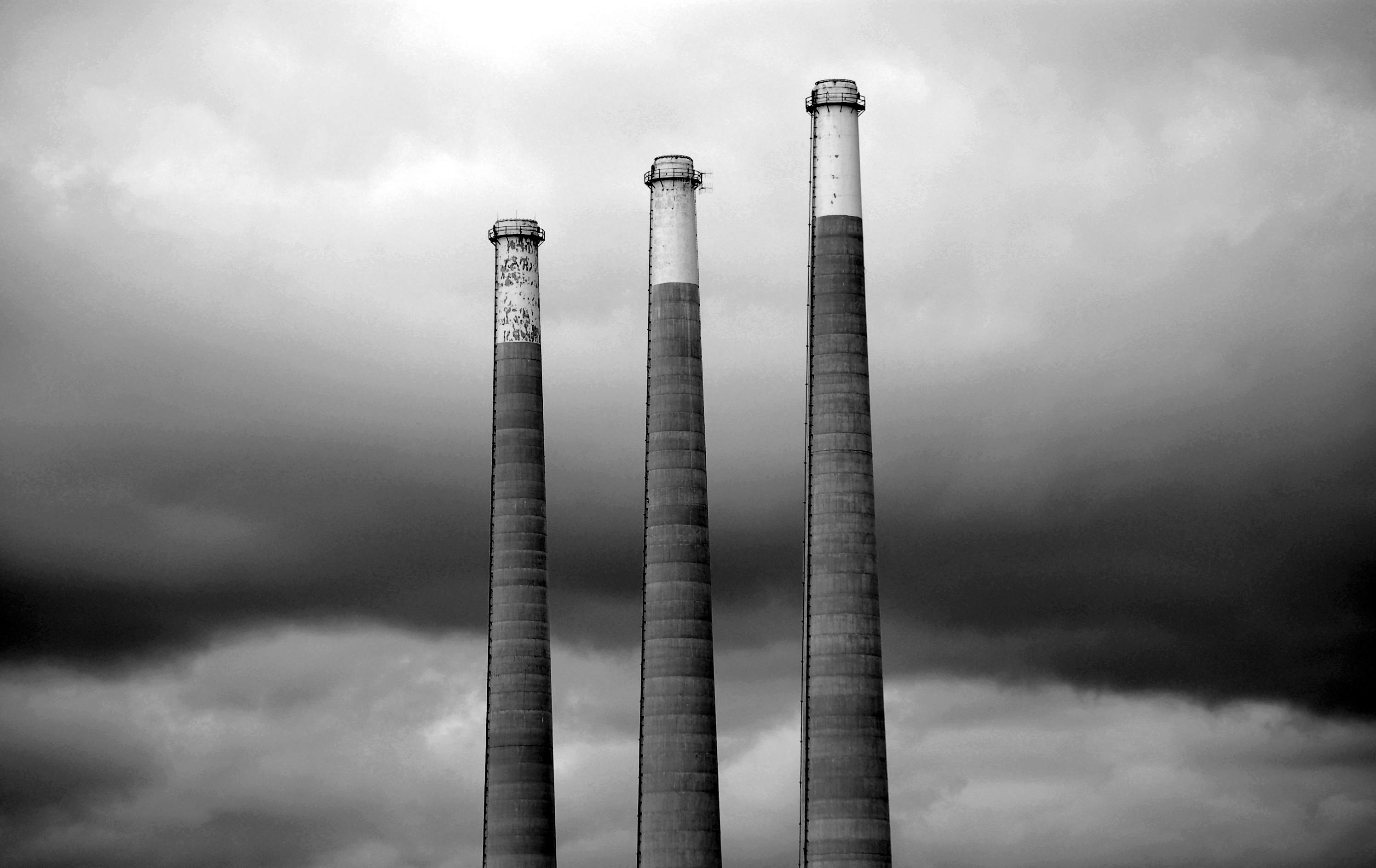 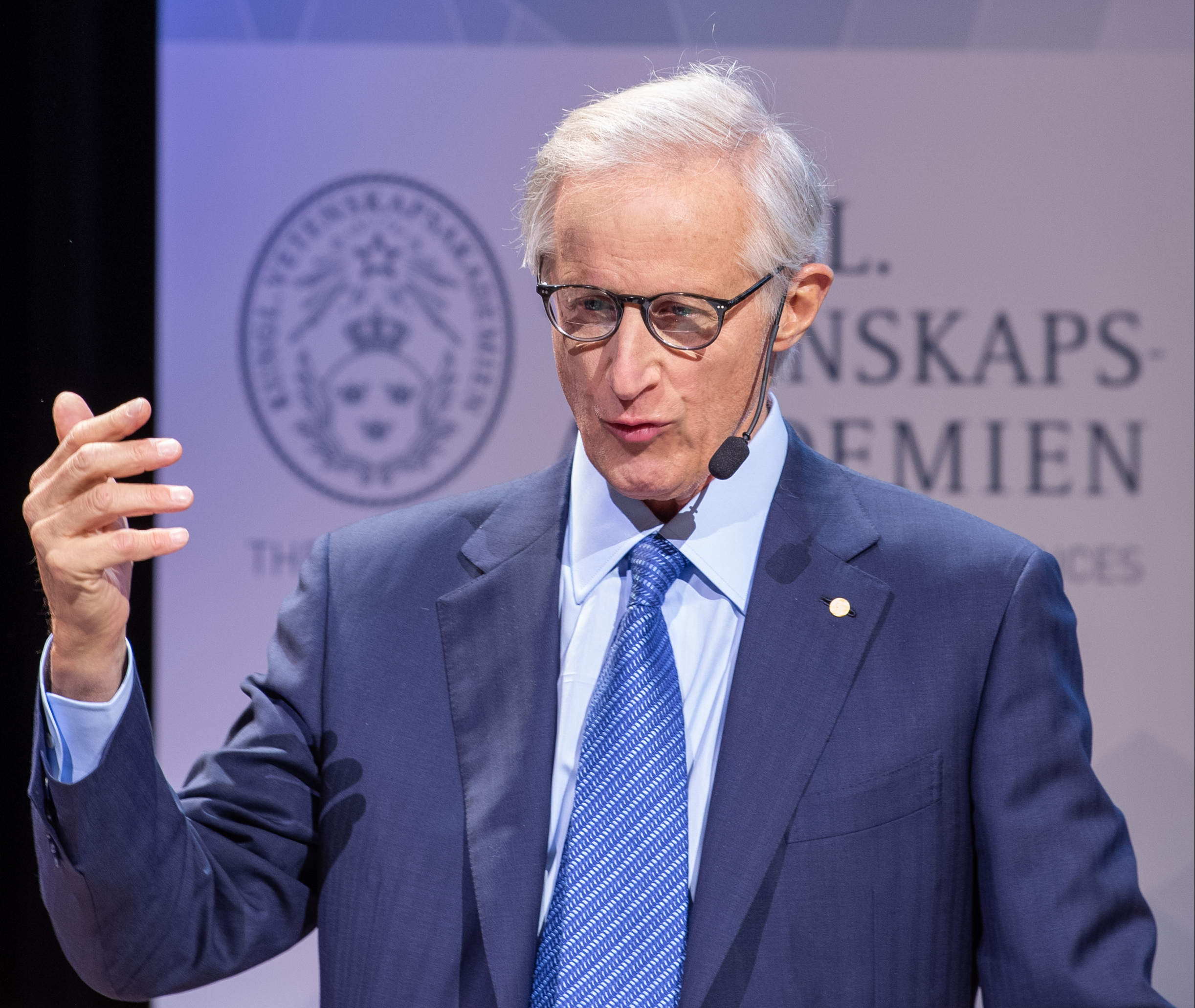 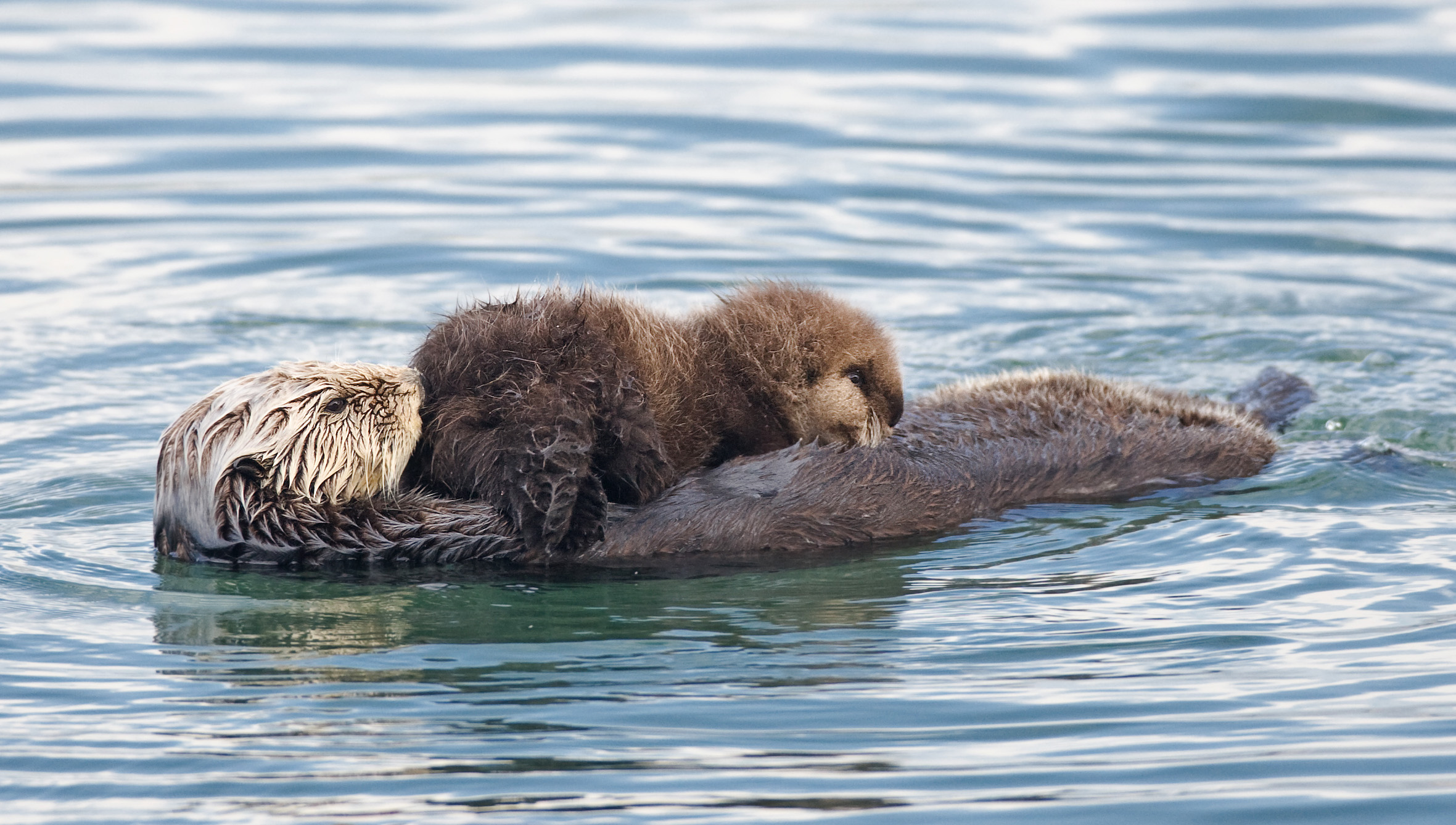